We have recently supported wholehearthedly some campaigns and movements. Here are 3 of the most recent where we managed to help out:

The Greenfield Walking Group is making Stiern Park more “family-friendly.” Before the group got involved, “it wasn’t safe enough to let [your child] go to the playground while you got exercise,” says Maria Zecua, mother of two. Zecua and other parents joined the Walking Group to make the park better and safer for families. With support from the Kern County Network of Children (KCNC), the group has built a new walking path, helped youth get a new playground, and had the city add better lighting and safety measures. 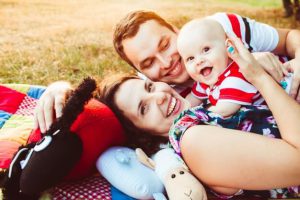 New lights turned on: KCNC provided leadership classes and asked parents to run their own community meeting. Parents met with the park supervisor about more lighting so they could play soccer at night. “Two weeks later, [there were] huge floodlights in the soccer area!” says Jennifer Lopez, Healthy Living Outreach Facilitator for Get Moving Kern/KCNC.

$10,000 for a walking path: Parents conducted an assessment about problems in the park and presented it to the Chamber of Commerce. The Chamber provided $10,000 for the walking path, media contacts, and volunteers to help build the path. The walking group also helped youth find funding for a new playground.

Wide-spread media coverage: The group was featured on the regional radio, as well as Shock Newspaper and Channel 7 News, says Lopez. Local radio and television stations sent volunteers to help out at the park.

Support to other organizations: “We have given other groups ideas and support,” says Sanchez. Inspired by the walking group, the Robert Wood Johnson Foundation has funded parent advocacy classes throughout the Central Valley, says Lopez.

Park usage triples: “[Now] neighbors set up their own volleyball, soccer, and aerobics,” says Lopez. “Night-time usage at the park has tripled. The new problem is that there is not enough space [for] all of the physical activity!” Parents are also looking for funding to put in a restroom. “[I learned] we are not alone,” adds Zecua. “We can count on other people and institutions to help us, especially about the safety of our children. Sometimes we don’t know we matter.”

Statewide campaign to save child care

Action: Advocates are asking people to tell their legislators about the importance of state-subsidized child care—and about the need for new revenues to solve the budget deficit.

Background: The Governor’s May budget revision proposed to eliminate most state-funded child care assistance (see below: Huge budget cuts proposed). The California Child Care Resource and Referral Network spearheaded a coalition to save child care funding. Within two weeks, 185 labor, faith-based, welfare rights, and children’s advocacy organizations had joined. Parents, providers, and advocates spoke out at budget hearings against the cuts—and Assembly and Senate subcommittees voted to reject child care and CalWORKs cuts, plus many of January’s proposed cuts.

“We’re not through with this [budget] yet,” said Patty Siegel of the R&R Network at a Sacramento child care policy meeting. “The state budget is still in a deep deficit. Our job is to make sure people making decisions really understand what [the proposed budget] means for parents, providers.”

Join California Child Development Corps teachers and providers and let legislators know how California can save money by investing in early childhood education. Children benefit from access to high quality child care—they are less likely to need special education or other social services and more likely to graduate from high school and get jobs as adults. 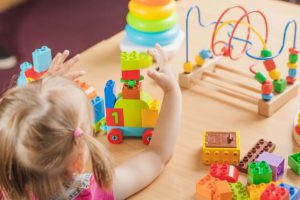 Action: Contact Congress about national issues affecting children and families (go to www.house.gov or www.senate.gov or the blue pages in your phone book).

Reform Immigration for America: This national coalition of 650 immigrant, faith-based, civil rights, and labor groups is urging Congress to reform immigration policies to: 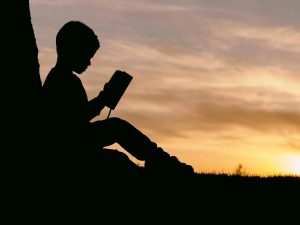 While the legislation does not stop insurers from raising premiums, advocates are supporting the Health Insurance Rate Authority Act (national) and AB 2578 (California), which would help limit large rate increases.

Weigh in on legislation

Tell your legislator your views on legislation that would impact California’s children and families (go to Legislature or the blue pages of your phone book).

The Child Care Law Center (CCLC) is again providing legal services to make high-quality child care accessible for every family in California, thanks to funding from the State Bar Trust Fund. CCLC will offertraining, co-counseling, and materials. It will also continue to analyze how state child care policy and budget proposals relate to low-income families.

“We’re in the trenches”

In her short time with the California Corps, Sylvia Kerr says she has gotten “a better understanding of legislators, how the budget gets passed, and where the money goes.” She’s also learned “how First 5 money comes about.” That’s important, because Fillmore Elementary School in Stockton, where she’s a preschool teacher, receives preschool funding from First 5. Being with the Corps has also made Kerr feel part of something bigger: “I’m not just advocating for myself, but for all early childhood educators.” 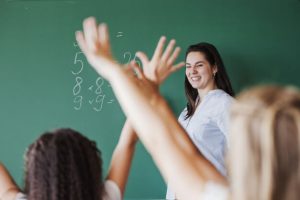 Kerr was already a member of the National Association for the Education of Young Children, but got involved in the Corps after receiving an email about it. “I decided to investigate what they were about,” she says. “It was something new that I had never heard about.”

One month after she joined the Corps, organizers invited Kerr to attend the Child Care Working Group, an annual policy meeting in Sacramento. In particular, says Kerr, “the Corps was there to advocate for the CARES program and AB212 funding.” Through AB 212 professional education stipends, Kerr has received up to $2,000 annually to help “pay off my school loans or buy a new computer.”

The Child Care Working Group meeting was “an eye-opener for me,” says Kerr. “I learned about the legislators’ votes on child care and the importance of funding programs like CARES and licensing.

“Normally teachers don’t ever go to these meetings,” Kerr discovered. “When I announced that I was a teacher, the lady next to me said ‘you’re a teacher?’ I think she was just surprised to see teachers there.”

“We know what goes on”

But it’s important for teachers to be represented at policy meetings, says Kerr, “because we’re in the trenches—we know what goes on in the classroom (and) what the needs of the children and families are. I get my fair share of grandparents raising children, children coming hungry to school, children with speech or behavioral problems.” And, she adds, “Teachers can really benefit from writing letters to legislators!”

To get more teachers involved in policy and professional activities, Kerr is looking forward to recruiting more San Joaquin Valley early childhood educators. At a “big career day on professionalism in April, we’ll be there representing the Corps.”